Posted on April 9, 2016 by gaudetetheology

Women’s history of holiness has been largely erased from the collective memory of the church. Furthermore, even when they are remembered, exemplary women’s lives are interpreted as models of virtue that support the male-dominated status quo and cast women into submission.

Women’s stories are excluded from our lectionary.

Our names are optional in the one rarely-used Eucharistic Prayer in which they occur, and are therefore omitted far more often than not.

Our voices are not heard at Mass; we may not preach. We may read the words of scripture, the general intercessions, and the announcements, but these are words written by others and given to us. We are not to change them.

Mary of Nazareth is portrayed as silent, obedient, meek and mild.

Mary of Magdala, Apostle to the apostles, is remembered as a repentant prostitute.

Mary of Bethany, who confessed Jesus’ messianic identity in John’s gospel just as Peter did in the synoptics, is remembered as an overworked cook who complains that her sister won’t help her.

Therese of Lisieux, who wrote with passion I feel inside me the vocation of a PRIEST, is venerated as the diminutive Little Flower.

A deacon told a story about Teresa of Calcutta that, he said, best summed up her holiness.

The Pope heard that she was very sick, in danger of dying, and so he telephoned her. She came to the phone: “Yes, Holy Father?” The Pope said, “Teresa, you are not to die. The church needs you too much.” She responded, “Yes, Holy Father.” She hung up the phone, and promptly recovered.

One Sunday, the lector for the 2nd reading turned to the wrong page in the lectionary, and accidentally proclaimed the gospel instead. The priest didn’t stop her, and didn’t re-read it afterwards. He simply remarked on it with amusement, and added firmly but matter-of-factly, “The gospel is to be read by the priest. As Catholics, of course we all know that women can’t be priests.”

That didn’t make me cry. It made me feel sick, like a kick in the gut.

I cry when I hear the women’s names proclaimed at the altar in the Eucharistic Prayer.

I cry when I see a baby girl baptized, and anointed “priest, prophet, and king.”

I cry when I sing hymn texts that include us, as our liturgical texts so rarely do: women and men, daughters and sons, sisters and brothers.

I cry in the few precious moments when it stops hurting. 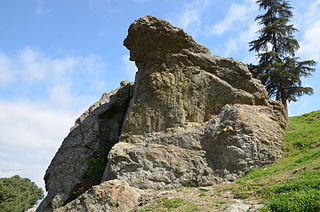 Women’s history of holiness has been neither remembered nor truthfully told; nor does relationship with the saints in heaven generally redound to the empowerment of the saints on earth in their struggle for human and religious dignity. In fact, the patriarchal structure of powerful heavenly patrons and needy petitioners, coupled with the erasure of the memory of women’s discipleship and approval of the male-defined virtue of even those women who have made it onto official lists, conspire to block women’s realization of their own sacredness, bringing about a corresponding decline in religious energy.

Amid incalculable personal, political, and spiritual suffering resulting from women’s subordination in theory and practice, Christian feminism labors to bring the community, its symbols and practices, into a closer coherence with the reign of God’s justice.

Like Loading...
This entry was posted in Books, Catholic, Feminist theology and tagged #FOGAP, elizabeth johnson, saints. Bookmark the permalink.

6 Responses to Erased, Silenced, and Distorted: A Catholic Woman’s Lament